PCD diagnosis continues to be challenging. All current testing options available to aid in PCD diagnosis (biopsy with TEM, nasal nitric oxide measurement, high-speed videomicroscopy, immunofluorescent assay of ciliary proteins) have limitations and do not work in all cases of PCD.  Genetic testing is getting better all the time, but it is not widely available in all areas and, even where it is available, it can be difficult to get insurance coverage for it. Also, we have not yet identified all the genes associated with PCD, so while the gene testing panels are far more comprehensive now than in the past, they still are incomplete. A PCD genetic test can positively make the diagnosis if known mutations are found. But a negative PCD genetic test does not rule out PCD. It just rules out PCD caused by genes/mutations evaluated on the specific panel.

Some patients who most likely have PCD fall through the diagnostic cracks because the technology for diagnosing the disorder has not yet caught up to their specific form of PCD. But sometimes people who have all the symptoms of PCD may not actually have PCD. This is the potential danger with a ‘clinical-only’ diagnosis of PCD, based on symptoms alone. Getting a diagnosis can be reassuring and can help direct treatment plans for families. However, having all the symptoms of PCD does not constitute a confirmed diagnosis (for the reasons below), and relying too much on a clinical diagnosis of PCD could mean that the real underlying disorder goes undetected and untreated.

Since no test can pick up all cases of PCD, there is also no way to definitively rule PCD out. This means  a fair percentage of families (US) remain in limbo regarding their diagnosis. Often, in the absence of confirmatory testing, we hear that the diagnosis of PCD was made because ‘all the symptoms fit, everything else was negative,’ so the family is told ‘it must be’ PCD.’’ Given the difficulty confirming the diagnosis, this is understandable and while this sometimes turns out to be correct and the diagnosis of PCD is ultimately confirmed, there have also been many cases in our community where diagnosis based on symptoms alone has ultimately proven to be wrong and what ‘must be’ PCD turned out to be something else entirely.

Here are a couple of things to consider:

Second, PCD is a genetic disorder, not simply a pattern of symptoms. It is caused by mutations/variants on specific genes* that produce proteins important for the structure and function of cilia. A pattern of symptoms may suggest that the genetic disorder PCD should be considered, but if PCD genes are not affected, then it is not PCD, regardless of whether the symptoms are similar or not. Since we do not know all the genes yet and cannot test for them all, other forms of PCD testing are focused at looking for secondary evidence of the primary (genetic) defect. For instance, if you have PCD-causing mutations on DNAH5, the consequence of these mutations is loss/shortening of the outer dynein arms, and the evidence for this can be seen by examining a ciliary ultrastructural biopsy. A pattern of outer dynein arm loss on biopsy that is consistent with PCD serves as a ‘genetic proxy’  providing evidence that there is, indeed, a PCD genetic defect, whether or not that defect can yet be detected by genetic testing. Of course, the biopsy cannot tell you for sure that DNAH5 is the gene involved. It just provides evidence that a gene important in the production of an outer dynein arm is involved and this provides reasonable confirmation of the genetic ‘primary’ diagnosis. The same is true for other forms of testing for PCD, which attempt to use secondary evidence–the consequences of the of the primary (genetic) defect–as a way to confirm that the genetic defects required for a diagnosis of PCD exist. These tests include nasal nitric oxide (nNO) measurement, ciliary beat analysis by high-speed videomicroscopy or tagging proteins with fluorescent dye. All of them attempt to establish that there is a PCD genetic defect by measuring or otherwise evaluating the consequences of that defect.

Cystic fibrosis (CF) is also a genetic disorder caused when mutations on a specific gene affect the function of mucus production and excretion. These mutations result in a pattern of symptoms commonly seen in CF. This pattern of symptoms might lead a physician to pursue diagnostic testing for CF. But in contrast to PCD, it is extremely uncommon for the diagnosis cystic fibrosis to be made on the basis of symptoms alone. Physicians are extremely reluctant to tell a family facing a possible diagnosis of CF that their child has a lifelong genetic disorder for which no cure exists without making absolutely sure they have reliable laboratory tests or other verifiable evidence–not just symptoms–to support the diagnosis. Yet this happens all the time with PCD–at least in the US at centers less familiar with the disorder.

The willingness to diagnose PCD when there is no laboratory confirmation is partly a reflection on how challenging PCD diagnosis is, but it is also partly a reflection on what can be interpreted as a somewhat dismissive attitude about the importance of getting the diagnosis right in PCD and other non-CF causes of bronchiectasis when compared to CF. This can be a very big problem–especially with pulmonologists unfamiliar with CF and PCD.  It happens in both pediatric and adult settings, but we hear about it more often on the adult side, where it is common to lump patients into either CF-bronchiectasis or non-CF bronchiectasis categories and to focus less on underlying causes for non-CF bronchiectasis then on just treating the bronchiectasis. This may be understandable, but it is not helpful for patients who carry a misdiagnosis of PCD or who need to have their PCD diagnosis confirmed. Nor is it helpful for the PCD community as a whole, as we seek to better understand this disease. PCD, like CF, is a genetic disorder with lifelong health implications and family planning implications. PCD may also be associated with other issues that will not be a factor for people who do not have ciliary gene defects, like situs anomalies, in/subfertility, congenital heart defects and an increased incidence of connective tissue problems like chest wall deformities and scoliosis. It is completely reasonable for patients to want to know for sure that they have PCD–or do not have PCD–so they can plan their future armed with accurate information. It is also important for the patient community that every effort is made to get the diagnosis right, as we are hopeful that we will find therapies and cures based on addressing the underlying genetic defects in PCD.

A number of other disorders result in similar–sometimes nearly identical—symptoms to PCD. Some of them have effective treatments which will be missed if the diagnosis of PCD is given incorrectly and the search for the real underlying problem stops. For instance, rare immunodeficiencies–of the sort not included in typical immune system dysfunction work ups–have recently been found to be the cause of symptoms in people who thought they had PCD. Some of these people believed they had PCD for decades. In many cases, these individuals may have benefited from bone marrow transplant and/or immunotherapy. Instead, because they were diagnosed and treated as PCD, which currently has no specific therapy, their lungs became very damaged and they required transplant. It was during the transplant eval that their actual diagnosis was discovered. In some cases, the outcome of missing a diagnosis of immunodeficiency (and it is reasonable to assume this would be true of other misdiagnosed underlying disorders) and labeling it PCD resulted in very bad–and even fatal–outcomes for the patient, which could possibly have been avoided if the correct diagnosis was made and correct treatments were started. So getting the diagnosis right is not a small matter and it should be taken seriously. The overlap between–and consequent misdiagnosis of–PCD and a very rare immunodeficiency caused by mutations on the RAG1 gene has been seen enough times now that one commercial PCD genetic testing panel in US recently included this gene so RAG1 immunodeficiency can be evaluated at the same time as PCD.

Issues with misdiagnosis of PCD are serious and ongoing. We are still in the discovery phase with regard to both PCD genes and how PCD gene defects translate into the disorder, making these issues even more challenging. This is in large part the reason that multi-national research networks have been set up in Europe and in the US.  Expertise for making the diagnosis exists and experts in these international networks are happy to assist community physicians with difficult cases. Sometimes there just won’t be an answer right now. This is tremendously difficult on families and on health care professionals and every effort should be made to provide answers as testing options improve and to not just assume ‘it must be PCD.’ When the diagnosis of PCD cannot be confirmed, PCD Clinical Centers use the designations of ‘probable’ or ‘possible’ to clarify the status with regard to PCD diagnosis. These designations recognize that it is simply not possible to confirm all cases of PCD right now and allow for aggressive treatment of the underlying condition, while still acknowledging that additional confirmatory PCD testing or consideration of non-PCD causes may be required in the future.

We have put extraordinary effort into building an expert network in North America to improve patient access to experts who can avail themselves of all testing options, understand the ever-evolving genetics of PCD and who commit themselves to being involved in research to improve diagnosis and treatment. These professionals are without peer when it comes to diagnosing and understanding PCD and they are happy to be a resource for families and for health professionals. We encourage everyone to take advantage of it.

*Watch for an upcoming post on PCD genetic testing and what unknowns variants/variants/mutations mean.

Hot off the Press! The ATS Clinical Practice Guideline for the Diagnosis of PCD is now (freely) available at the American Thoracic Society website! 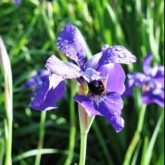